Ruined Trumpan Church was the scene of a bloody incident in the Clan’s history. A group of Clan Ranald MacDonalds crossed from South Uist and surprised folk in church and, setting fire to the thatched roof, burned them to death. The MacLeods gathered from all round Loch Follart and retaliated, defeating the MacDonalds and burying the dead under a stone wall, or dyke. This gave the incident the name of the Battle of the Spoiled Dyke.
Battle of the Spoiled Dyke

WAR OF THE ONE-EYED WOMAN

The last major battle between the MacLeods and MacDonalds on Skye seems to have been in 1601, over 400 years ago, in the “War of One Eyed Woman”. Here is a little piece that Ian C. MacLeod wrote on that for the Canadian Clan MacLeod newsletter (The Leod Voice) in the Fall 2012 Issue # 57.
War of the One Eyed Woman

At the time of Canadian Confederation (1867) English, French and Gaelic were the most commonly spoken languages. Both Scottish and Irish immigrants had Gaelic as their native language and comprised about 10% of the population  At that time, Gaelic was probably spoken by one out of every ten inhabitants of British North America. There were likely about 629 First Nations languages or dialects at that time.
Gaelic in Canada

Back in the early 1970s, Ian C. MacLeod's Dad was at a United Church in Vancouver. One Sunday afternoon, as part of the church’s usual visitation program, his Mom was visiting an elderly Scottish couple. Fortunately (for the purposes of this story) the old fellow was starting to lose his grip on reality.
Gaelic Profanity

Ian's grandmother, “Tena” (Morrison) MacLeod held some very strong views on the evils of alcohol. She wrote and delivered a speech to the Women’s Christian Temperance Union entitled “Drunkenness Among the Lumberjacks”, that was published in its entirety (starting on page 1) of a Sydney (Cape Breton), N.S. paper, probably dated sometime in the mid-1930s. The entire newspaper report and speech follows:
Evils of Alcohol

Universal, government mandated and funded (through taxes) education may have been the biggest factor in the success of the Scots as they spread out around the world.

April 6, is officially recognized as Tartan Day in Canada, USA and Argentina, it is July 1 in Australia and New Zealand.​ Along with Robbie Burns Day January 25, it is the day on which the Scottish Diaspora remembers and celebrates its heritage.

February is "Black History Month" in Canada being so designated by the Government of Canada in December 1995. In that vein what many do not seem to know is that Sir James Douglas (1803-1877), the first Governor of the Colony of British Columbia, was up to half black (being know as a "Scotch West Indian" or a "mulatto") and was one of the early truly multicultural leaders in BC, if not in Canada. 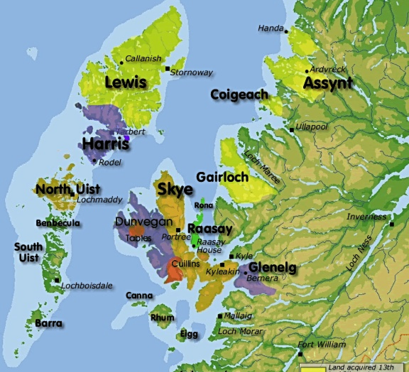 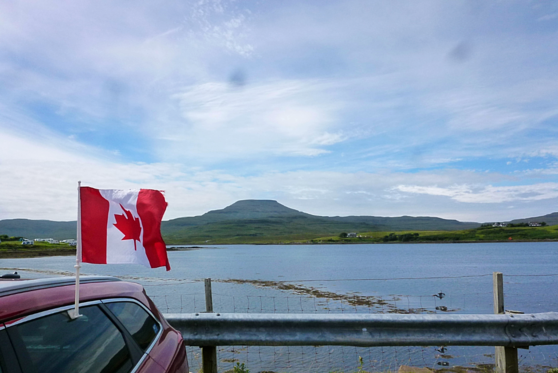